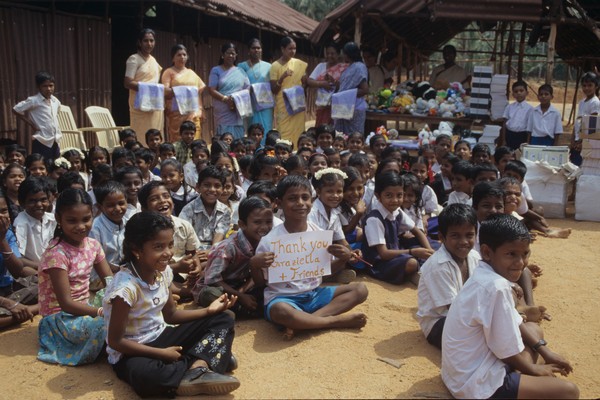 On December 26th, 2004 a tsunami hit India. Thousands were killed and many people were left homeless and without the means to make a living. In the spring of the following year Dr Aldo Lo Curto went to the Kanyakumari District in India to better understand what had happened. He was touched by the work done at the Nirmala Hospital, in Karungal, where, despite the difficult conditions they strove to provide urgently needed first aid to the victims.

This is when the support of FOH started in the region. We began by funding two boats for the local villages and 60 mattresses for the beds in the Nirmala hospital. Later FOH funded the creation of a Holistic Health center led by Sister Clara, the installation of air conditioning in the hospital and a solar water heater in order to further battle harsh conditions.

The Nirmala holistic center was created by one of the Sisters working at the Nirmala hospital. The center is especially dedicated to the medical needs of the local poor. The activities of the center are, by necessity, wide ranging in order to fulfill the myriad needs of the 2000 local families. There are educational classes on HIV/Aids; Values and Self Defense; Yoga; Stress and Grief Management; Children’s Camps; Prayer Therapy; Counseling and Home Visits.

Today, Sister Clara has developed a project to turn a dry quarry into a pond. The pond is projected to provide an open water surface of approximately 376 square meters to the health center. The construction started in November 2009 and ended in 2010.